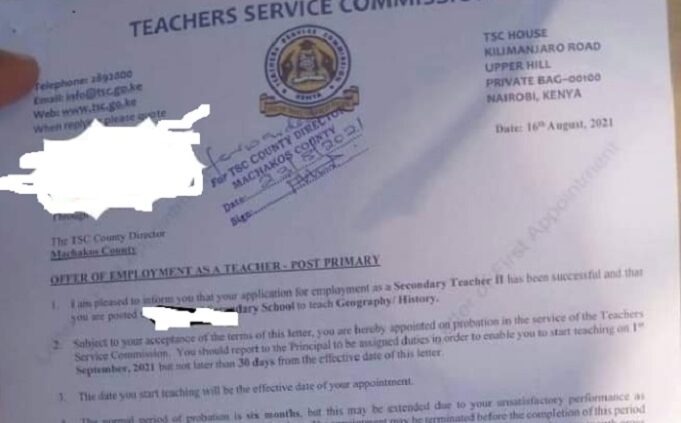 A good number of newly recruited teachers from various counties have received their letters. According to a statement by Macharia, all the successful applicants will receive their letters by end of next week. However, sources from TSC revealed that the letters of most of the new teachers are already at their county offices.

Primary school teachers promoted to secondary schools will also have to be assigned a county by their county directors. They will then head to their new counties for deployment.

The due date in almost all the letters scrutinized by our team is 1st September 2021. Promoted primary school teachers who have not yet received their letters should check in the school post office or enquire from their heads. In case the letters have not reached the heads, then the teachers are advised to collect their letters from their TSC county directors.