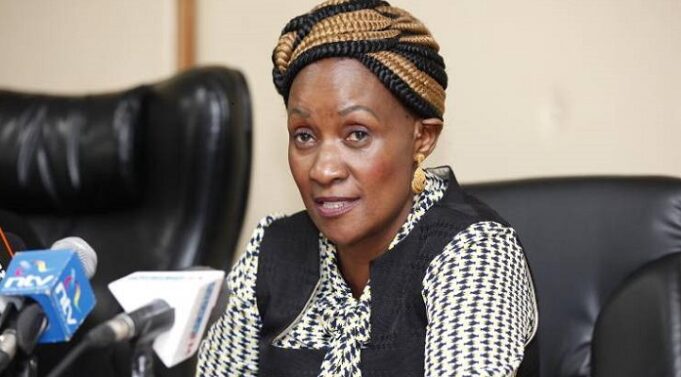 TSC Releases Number Of Teachers Who Defiled students in 2021 Per County, Pledges To Publish Photos

The teachers service commission, TSC, has released statistics of teachers who preyed on students in 2021. The commission has also threatened to publish photos of the teachers in newspapers and media, as a measure of cubbing the act.

TSC claims that cases of sexual intercourse between teachers and students is on the rise, with some 282 teachers being sacked and degazetted over the last three years. Overall, a total of 485 teachers have been deregistered by the TSC for engaging in unethical behaviour, including engaging in sex with minors since 2015.

It is emerging that students are lured into sexual activities by teachers they are close to, and those who offer small favours such as public recognitions and monetary gifts.

Research conducted by TSC reveals that sexual acts involving teachers and students occur mostly after night preps at night preps and at games time. For day schools, teachers book rooms where they meet school girls and defile them, or the girls visit them in their houses at night.

According to the TSC data, in the last three years, Siaya and Murang’a counties had the highest number of teachers accused of defilement.

Each of the two counties recorded 16 cases. Nakuru came third with 15 defilement cases followed by Kakamega with 13, Busia and Kitui each with 12, and Homa Bay with 11 cases.

Vihiga, Narok, Meru and Bungoma counties each had 10 defilement cases, according to TSC. Other counties with a high number of defilement cases are Machakos with nine, Kirinyaga and Makueni with eight each while Kiambu, Kisii, Migori and Kisumu each recorded seven cases.

Nyandarua, Tharaka Nithi and Kilifi followed with six while Embu had five cases.

TSC data also shows that the highest number of sexual harassment cases was recorded in 2019 with 124 teachers being sacked and deregistered.

In various gazette notices released by TSC, it has cautioned that any person who hires deregistered teachers shall be jailed. The commission also threatened to publish names and photographs of teachers found guilty of sexually harassing children.

Regulations 18 (1) (c) and (d) of the TSC code of regulations, read together with Section 45 of TSC Act, sets penalties for persons committing such teachers to service again.

“Any person who suffers or permits or employs in any school a person not being a registered teacher shall be guilty of an offence and eligible to a fine not less than Sh100,000 or to imprisonment for a term not exceeding two years or both,” reads a notice by TSC.