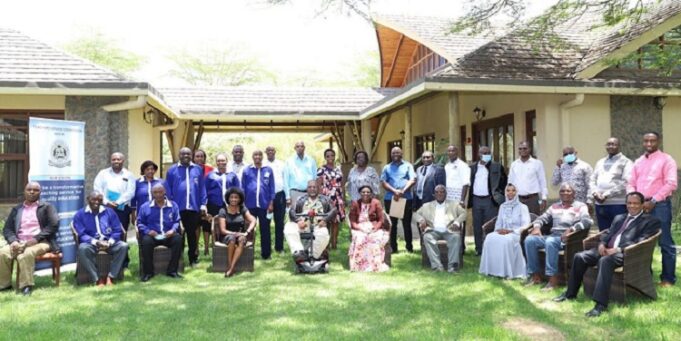 The teachers’ service commission has signed another recognition agreement with one more teachers union, the Kenya union of special needs teachers, KUSNET.

KUSNET, which has existed for quite some time now, has never been recognized by the commission. Having been recognized, it will start receiving union dues from members through a Check off system, which will be facilitated by TSC.

KUSNET will represent and fight for the rights of; all teachers teaching in special schools and earning special allowances, all teachers with special needs, and the needs of special schools in Kenya. It is highly suspected that just liken in KEWOTA case, members might find themselves in KUSNET without actual signing of registration forms.

KUSNET is now the fourth teachers union after KNUT, KUPPET and KEWOTA and teachers should expect more unions. This is possible since KEWOTA was formed, recognized and given membership less than a year ago, yet another union has just been given recognition.

KUSNET has been recognized at a time when the teachers’ employer and the giant teachers union KNUT are not in any admirable relationship. KNUT and TSC have been in a series of battles, which have seen the former miss union dues and loose several more than 80% of its members. Additionally, KNUT members have been denied implementation of the final phase of 2017-2021 CBA and promotions to higher job groups.

Just when it was thought that the wrangles are ending, KNUT secretary General Wilson Sossion told TSC to prepare for a tough contention with KNUT after the end of KNUT elections in May.

Analysts have it that recognition of KUSNET is not in good faith but divide teachers further, a move which might see the existing unions lose some members TO KUSNET.