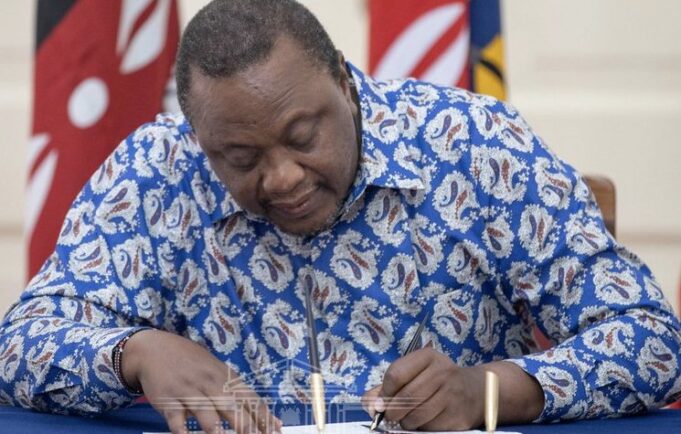 Speaker Justin Muturi on Tuesday referred the matter to the Education committee to vet the applicants in accordance with the provisions of the law.

“The Committee should notify the nominees and the general public of the time and place for holding the approval hearings, and upon conclusion of the hearings, table their Report in the House in good time to enable the House to consider the matter within the stipulated timelines,” the speaker said.

MPs are expected to conclude the process within 21 days.Oyucho has been serving as a TSC lawyer until his appointment.He led all cases against KNUT and has been instrumental in neutralising the giant teachers union.

Last month, Uhuru appointed a nine-member Teacher Service Selection panel.In a Gazette notice dated February 22, Uhuru said the team would be tasked to select nominees for appointment as the chairperson and one member of the Teachers Service Commission.

“In exercise of the powers conferred by section 8 (2) of the Teachers Service Commission Act, I, Uhuru Kenyatta, President and Commander-in-chief of the Kenya Defence Forces, appoint under paragraph (a)Thomas Koyier — Chairperson for the Selection Panel,” read part of the notice.

Nzomo was the first person to chair the TSC after it was made a constitutional commission. She took an oath of office in 2014.

Meanwhile, MPs have sought to suspend sittings until May 4 in line with Uhuru’s directives to contain the spread of Covid-19.

Leader of Majority Amos Kimunya moved a motion for the alteration of the House calendar to adjourn the sittings.

The April 29 sittings will be for consideration of the Finance Bill, 2021, whose deadline is set for April 30, after which normal business will resume.