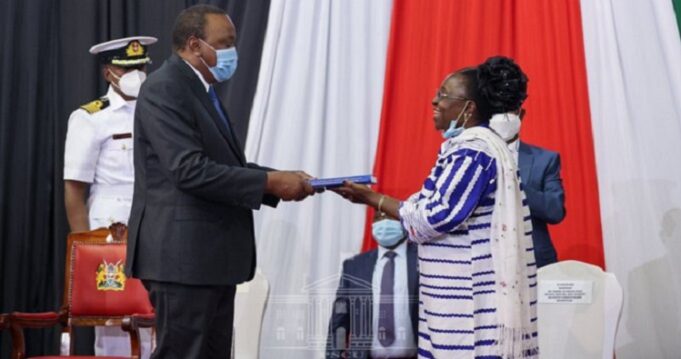 President Uhuru Kenyatta has nominated Fatuma Chege to head the new State Department at the Ministry of Education to oversee the implementation of the new education reforms.

Prof Chege, who is presently Kenyatta University Deputy Vice-Chancellor in charge of Administration, was the chairperson of the Competency-Based Curriculum (CBC) task force that gave the road map for the 2-6-3-3-3 education system.

She is a full professor of Education, Department of Educational Foundations, at Kenyatta University. She will be at the centre stage of supervising the scrapping of 8-4-4 education system.

Receiving the report early this year, the president said he would create a new state department to supervise implementation of the new curriculum.

The president then directed Education Cabinet Secretary George Magoha to pick the implementation team from among the panel that played part in the task force report.

Prof Chege will now team up with top CBC technical persons who have been behind the new curriculum project to spearhead execution of the wide education sector reforms.

The president moved Julius Jwan, former KICD chief executive, to the State Department of Early Leaning and Basic Education, which is critical in rolling out the new 2-6-3-3-3 education system.

Jwan served under Ruto at KICD, spearheading curriculum reforms, which had stalled for over 13 years.