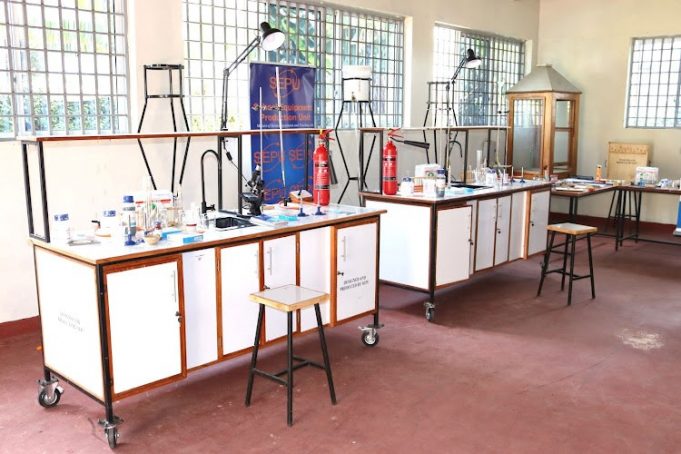 Primary school teachers now want the government to fund the production of mobile laboratories in schools.

The mobile labs which are procured by the School Equipment Production Unit cost around Sh200,000.

“To install laboratories to facilitate learning CBC we recommend SEPU to partner with primary schools in Nairobi,” Mugwe said.

The unionist was speaking when the Presidential Working Party on Education Reform visited the University of Nairobi to collect views.

“They even have mobile laboratories which are relatively cheap. The government should be able to finance this,” Mugwe said.

KUPPET: Increased Alcoholism and Divorce Among Teachers is Caused by Mental Health

The mobile lab has the ability to carry out experiments for subjects ranging from Form 1 to Form 4.

He said in case the government approves the use of mobile labs, Sepu is ready to procure more pieces.

“Of course, we can’t make many pieces, but we can contract other institutions to do the other pieces,” Mabonga said.

The white wooden mobile laboratory has a fully installed gas system with a 13kg gas cylinder.

The gas is stored in a bottom chamber. On the side is a chest of drawers and cabinets to be used for storage.

One side of the laboratory is fitted with a black acid-proof sink; its waste is drained into a black jerrican.

Water entering the tap is fetched from a water supply tank on a black rack.

For physics projects, the lab  has power sockets with supply cables and an illumination lamp for lighting.

The mobility of the MB is great in enhancing utility. It has four caster wheels for movement; once the teacher starts a project, they can easily lock the wheels.

For the safety of students, the wheels will not be able to move once they are locked.

In case of a fire outbreak, the mobile lab has a fire extinguisher in one of its lockers.

If one mobile lab costs around Sh200,000, then a school needs around eight pieces, that sums up to Sh1.6 million for one school.

Currently, Sh5 million is used for the construction and equipping of a lab.

A school needs around three labs for the three sciences subjects, so that’s Sh15 million spent on labs.