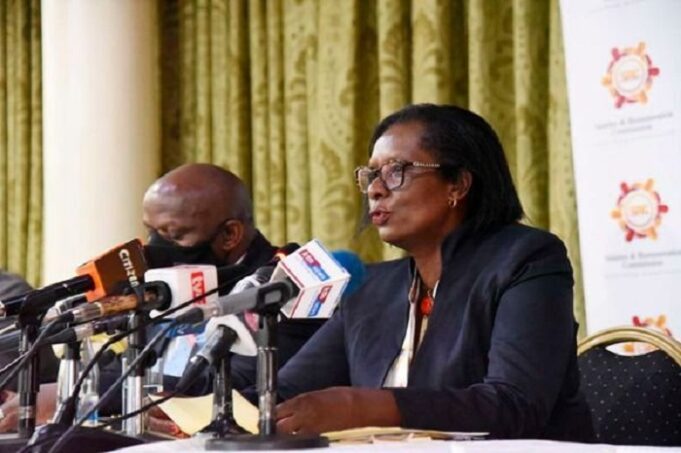 A giant union has confidently rejected the latest move by the salaries and remuneration commission, SRC, to increase salaries of all teachers and civil servants after every four years, beginning this year.

The Union of Kenya Civil Servants (UKCS) has rejected the SRC’s proposal have teachers’ and civil servant’s salaries reviewed every four years, despite SRC attempting to cushion the civil servants from harsh economic times.

The union’s deputy national organizing Secretary Wilson Asingo has maintained that the recommendation is a bait targeting to hoodwink civil servants and divert their attention from the escalating prices of basic commodities.

“Our main concern at the moment is the current economic hardship and we may not just buy this old theory being advanced each and every beginning of a financial year,” Asingo Insisted.

Irrespective of the diverse economic times that workers are subjected to, the angry Asingo pointed out that the union is entitled to engage the employer and sign Collective Bargaining Agreements (CBAs) to push for pay increments of their members, rather than SRC coming up with a proposal without bargaining.

The union officials have a feeling that SRC is out to kill unions through this move. “What will be the role of the union and why would one want to join a union?” asked irritated Asingo. The right to form or join a union is a constitutional right which is also recognized by the international conventions and by extension goes together with the right to CBA.

“SRC proposal is demeaning the process of CBA. The CBA is protected under section 54 of the Labour Relations Act and Article 41 of the constitution,” he said.

Relief to teachers as a legislator saves their 2021-2025 CBA From Lethal Shackles of TSC, SRC

“SRC cannot purport or be used directly or indirectly to overstep on its mandate and try to kill trade unionism in this country. This proposal remains advisory which then should be tabled for discussion in a collective bargaining session,” Asingo said.

He also noted as suspicious that the move by SRC is coming after the adjournment of Parliament.

To address the plight of suffering of workers, he urged the government to consider initiating an immediate intervention to shield households the rising cost of living.

In recognition of the important role played by the workers in providing services to members of the public, Asingo cautioned that abandoning them could affect service delivery.

He also called on the government to prioritise and adjust commuter, house allowance and review taxation policies to reduce burden on Kenyans.

If approved, the changes by SRC will see the servants join State officers like the President and MPs whose pay is reviewed every four years.