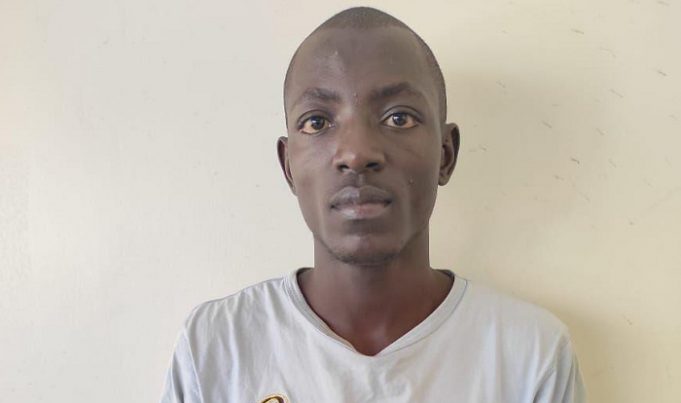 According to a DCI report, Brighton was in possession of fake examination papers in hard copy and on his mobile phone.

“He had created several WhatsApp groups where candidates were asked to deposit between Sh1,600 for Humanities to Sh2,600 for Sciences,” DCI tweeted.

Brighton, who has been described by the DCI as a serial offender, is currently in custody awaiting to be charged with violation of section 28 of National Examination malpractices Act 29, 2012.

“A person who before or during an examination, gives an examination paper or material to a candidate or another person without lawful authority, commits an offense and is liable, upon conviction, to imprisonment for a term not exceeding five years, or a fine not exceeding one million shillings, or to both,” the Act 29 states.

Brighton was in possession of fake examination papers, while others were stored in his mobile phone.
The arrest comes just two days after two teachers were arrested for taking pictures of exam papers on the last day of KCPE.

A third suspect, an examination centre manager, was also arrested.

The three suspects are from Marsabit, Turkana and Bungoma counties.

The KCSE theory papers will start on Monday, March 14 and end on Friday, April 1.

Early this month, Education CS George Magoha had said the government will ensure there is no malpractice.

He said tight security will be put in place to reduce the risk of leaked question papers.

“If the school is near the containers, there is no reason to release the exams an hour before time. They can wait until it’s about 20 minutes to go,” said Magoha.