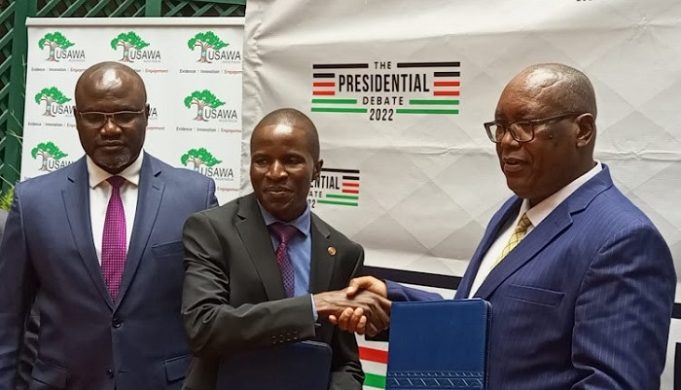 Usawa Agenda has welcomed the move to reverse the government’s teacher delocalisation and transfer policy as recently approved by Parliament.

In its recommendation to the Presidential Working Party on Education Reforms, Usawa Agenda is however opposed to the idea of transferring teachers to their wards.

The group said posting a teacher to their ward disheartens parents as most of them work for the teachers as farmhands to earn a living.

“The closest a teacher should be posted is in a neighbouring ward save for specific areas that may have transport-related challenges due to their vastness or security situation,” it says in its report.

On November 3, MPs unanimously approved a motion by Lurambi MP Titus Khamala to successfully reverse the policy which has been a subject of debate among the various education stakeholders.

Hundreds of teachers have already applied to be transferred close to their homes.

The non-profit organization also called for an amendment of the TSC Act to make it mandatory to ensure a fair distribution of teachers across the country and different categories of schools.

The current teacher deployment framework, it states, has greatly disadvantaged hardship areas of the country, most of which continue to suffer perennial teacher shortages.

“As it is now TSC is not mandated to ensure equity in teacher distribution. Once it deploys a headteacher to a new school, it has fulfilled its mandate, deployment of additional teachers then depends on “availability,” the 13-page report says.

On capitation, the lobby wants the state to review the model noting as it is established learning institutions are being favoured to the detriment of small schools.

The group’s executive director Emmanuel Manyasa said the capitation model will provide for a fixed component to enable small schools to invest in their capacity development.

Manyasa said the capitation to be provided to low-cost private schools is a priority because they play a major complementary role to the government in the provision of basic education.

“It is simple to implement, but inequitable and inadequate in addressing the funding needs of the school system,” he said.

“The funding should be targeted to those in need and provide differential amounts per learner based on their needs.”