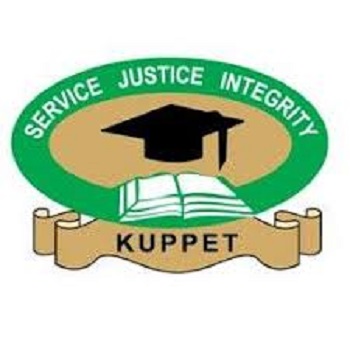 The forthcoming 2021 KUPPET elections has become a do or die for some officials in the current regime of KUPPET leadership in Vihiga County.  With dismal performance in the last five years that has seen the county recording the highest number of teacher interdictions in the entire region, it has become very cumbersome to release their scorecard to the electorate according to our sources.

This has culminated into unorthodox means by the incumbent to spread tribal narrative to members termed as natives as a tool to be voted back. On Thursday July 2, 2020 an executive invited teachers in a club in Hamisi as one of the campaign series going on. One of the teachers who has sought anonymity reported that he was surprised to realize that it was a sub-tribal meeting but fortunately according to him ended in disarray prematurely.  The official who started by convincing them to guard their seats against the perceived “outsiders” raised undertones among the teachers present. “Kunyi kwenya kurindi endeve yitu itadzia kuvandu vandi dave”….”we have to protect our seat and not allow other people to take it from us”, he said. The teachers who could not buy the backward sentiments walked out on him. “Teachers should be at the forefront in educating the populace on the need to live cohesively among different communities. It’s unfortunate to have heard such Stone Age sentiments from a professional. KUPPET elective positions are for any union member regardless of where they come from. It was indeed a sad day”, said Mr. Nicholas Andambi , one of the teachers who attended the meeting.
ALSO READ:
Nurses’ Salary scales and Allowances in Kenya
Vihiga KMTC Branch-History, Location, Administration,Courses, Intake,Fees and Contacts

Vihiga county KUPPET elections will be unique and very competitive in the sense that most unionists have had a chance to climb the ladder further from the region. It dates back to Mr. Omucheyi and the current Emuhaya Mp Hon. Omboko Milemba who is still the Nation KUPPET Chairman. The Emuhaya Legislator who has been regarded as the best Mp in terms of development in Kenya will not wish to see the Vihiga elections jeopardized by turning to tribal dimension.  Sources reveal that the said official has resorted to “money bag” after backclash on tribal narrative which teachers have opened shown they cannot board.

The challenges teachers have been facing yet to resolved are not limited to poor representation in matters of conflict resolution but also has experienced mass exodus from the investment scheme and   absurd choice of health facilities under the AON cover. According to reliable sources, an executive official has been attending the BBF & investment committee meetings receiving allowance and monthly stipend from the same.  The sad part is they failed to provide leadership and carry out the constitutional oversight role that could have seen teachers hard earned cash secured.

The current executive team is headed by the Executive secretary Mr. Isambe, Chairman is Mr. Okutoyi and Mr. Kagoni is the current treasurer.  Mr. Sabala Inyeni who’s viewed as the frontrunner has already stated his willingness to serve the teachers of Vihiga County if they give him the opportunity early next year.  His ability to deal with teachers’ concerns, organize teachers and extend hand of help to his colleagues in terms of predicaments gives him an insurmountable edge among the rest.

Top 10 cheapest Fitness Centres and Gyms in Mombasa County
Updated: Top 10 Best Online Shops in The World
How To Appeal To HELB if Your HELB Loan Application 2020 is Rejected
How to make your own local Hand Sanitizer in one step
How to Make a Day Shorter But Productive During This COVID-19 Pandemic