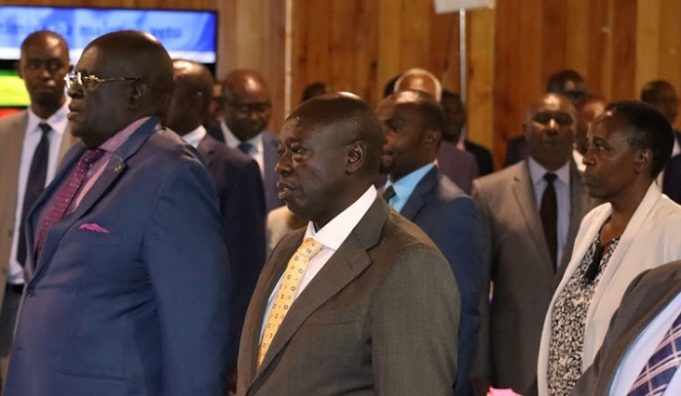 Gachagua said despite having been replaced by the CS nominee Ezekiel Machogu, Magoha has still shown his support and commitment to the education sector.

Gachagua was speaking during the induction of the 49-member education reforms task force.

“We are not in a hurry to get rid of you. Although there is an incoming CS, I am sure you’ll hold his hand. When the need arises we will call you,” Gachagua said.

Machogu is set to be vetted by Members of Parliament.

In his speech, Magoha said he has similarities with Gachagua and that recently they have become friends

“I have engaged the deputy president lately and I can see we have similarities,” Magoha said.

But Gachagua said the difference between him and Magoha is their workmanship.

“We are similar the only difference is that in the government you served you could not talk liberally,” he said.

Former president Uhuru Kenyatta appointed Magoha to serve as the education CS in 2018.

“The one I serve you talk openly and you say the truth as it is,” Gachagua said.