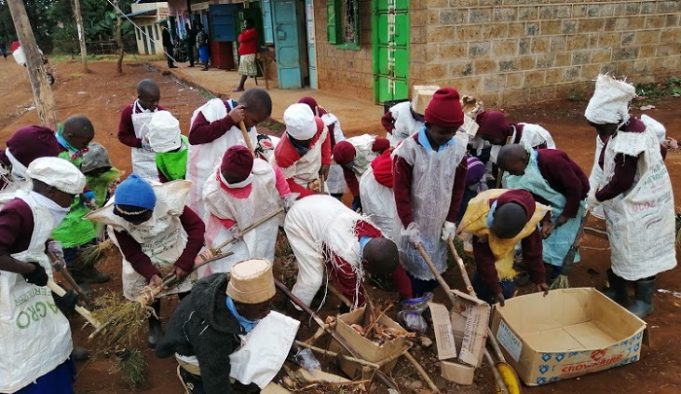 We are Not Ready to Pay Junior Secondary School Fees, Parents Decry

Parents whose kids should transit to Junior Secondary School (JSS) have revealed that they are not ready to pay any extra fees even as they demanded increased capitation.

As the Ministry of Education prepares learning institutions where JSS will be domiciled, parents have been told to brace themselves to pay school fees for the 1.2 million children transiting to Grade 7.

Last week, at a stakeholders meeting to discuss JSS at the Kenya Institute of Curriculum Development (KICD) in Nairobi, the issue of school fees was discussed.

“I was at the roll-out of JSS guidelines and it was said openly that the government shall bring in capitation, meaning there will be the issue of school fees for parents,” said a source who attended the closed-door meeting.

Harmonise Examiners’ Pay For All the Papers, KUPPET Tells KNEC

He said the JSS roll-out is happening at a time when Kenyans are grappling with a high cost of living and battered economy.

“The issue of fees should not apply anywhere because JSS is being domiciled within primary school premises. Children going to Grade 7 is like transiting from Class 6 to Class 7 in the 8-4-4 system,” Mr Obuhatsa said.

He noted that 8-4-4 learners in primary school do not pay school fees.

Instead, the association urged the state to increase capitation for both primary and secondary schools.

“At the primary school level, capitation should be increased from Sh1,450 to Sh1,750 and Sh22,500 to Sh25,500 for secondary schools. But at the JSS, we have not agreed with the government that there will be any fee payment because it is primary school premises,” he said.

The association said they can only negotiate with the government on fees payment at senior secondary schools.

“But at JSS, the government must be aware that we are moving as it has been in the primary school level,” he insisted.

“There are no guidelines regarding fees at the moment; what is important is ensuring 100 per cent transition. As head teachers, we will be receiving the learners. In the course of next week, the guidelines will be dispatched. But currently, the government is assessing schools in readiness for JSS,” said Mr Ali.

Kenya National Union of Teachers (Knut) Secretary-General Collins Oyuu, who attended the KICD meeting, said the government had assured them it will make education affordable for parents.

“The fact that we have mentioned JSS, let us not be hyper on what shall be paid as school fees. Who has told you about the school fees that shall be paid? I am happy that the government is silent about it. Parents started preparing as early as when Competency Based Curriculum was announced,” he said in an interview with Nation.

However, he said parents should brace themselves for hard times.

“When these learners are getting to JSS, the government is not keen on pronouncing itself on subsidised secondary education. After all, it is junior secondary. Let us pray that education becomes free in this country. Let the government take charge,” added the unionist.

“If the government capitation is going to cover around Sh22,300 as usual, somebody must be able to pay the extra fees and uniform, which cannot be covered in the capitation,” said Mr Misori.

However, he insisted the fees must be lower than what is being charged in secondary schools.

“This is because the students will be walking from home to school except those who have chosen to go to boarding where they were in Grade 6,” he said.

But according to education stakeholders, although JSS is domiciled in primary school, parents have no choice but to pay fees because it is upper-secondary education.

“This figure falls far below the requirements to effectively run a primary school… In our proposal, we have taken into account inflation rates, cost of living and depreciation,” he said.

Mr Nzioka said the cost of running a primary school with 400 pupils is Sh3 million per year.

“This calculated per child will come to Sh7,500 per year,” he said.

The fees headache comes as the government started the assessment and registration of primary schools for junior secondary to host Grade 7 learners ahead of schools reopening for the first term, with the first cohort expected to start school on January 30.

In the exercise, a multi-agency team led by education and security officials is inspecting both private and public schools to ensure they have the capacity and infrastructure to host the students.

Primary institutions lacking the capacity to domicile Junior Secondary Schools will not be allowed to host Grade 7 students.

The Ministry of Education will, instead, transfer the students to neighbouring institutions.