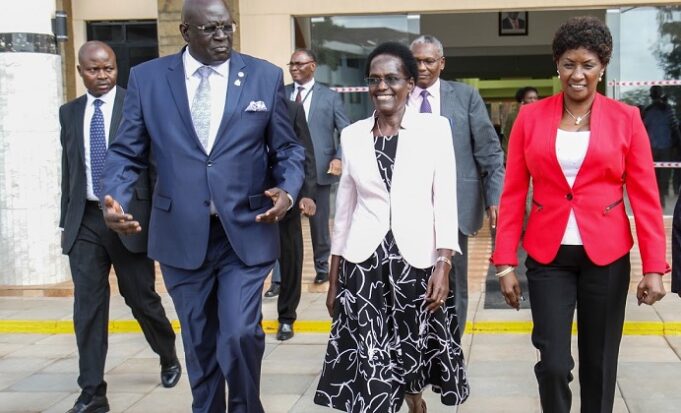 Why Teachers’ and Civil servants’ December Salaries May Delay

Latest Revelations by Treasury Cabinet Secretary,  Ukur Yatani have it that the government will either postpone or delay some payments to teachers and other  civil servants due to increased demands and lower collections by the Kenya Revenue Authority (KRA).

According to Yatani’s statement to the finance committee of the national assembly, the Treasury will table a supplementary budget in Parliament that will for the first time freeze some essential government services.

Government In A Dichotomy between Implementing Teachers’ July 2021-2024 CBA and Pushing For the BBI Referendum Agenda.

Confirmed: 15,200 Teachers To Be Promoted By TSC in January 2021- See Vacancies and Requirements

The Treasury has raised an alert over delays in paying civil servants salaries ahead of Christmas amid a cash crunch triggered by the corona virus economic hardships.

“As we do this (payment of other essential services) …we are suspending or postponing some of the payments for salaries because exchequer is not there. Unfortunately we have no other words to say. It is not just there,” argued the CS.

Retired government employees are not spared in the mix since they are yet to receive money, despite having received letters in late November that their dues have been wired to their banks.

Over 530,000 civil servants will be affected apart from  police, MPs,  and teachers.

“Normally, I am used to getting my salary between December 15 to 20 so that I can prepare for my Christmas. I understand there has not been any release for salaries for Members of Parliament,” complained an employee.

Ukur Yatani has confirmed that he cannot service MPs at the moment since the government  does have money.

“I can’t service you because we do not have money and these are the things I want you to support us. Maybe things will improve as a result so that we the Treasury support you as required through payment of salaries and other expenditures as well as fund the CDF,” Mr Yatani told the committee, as he pushed for the removal of tax relief.