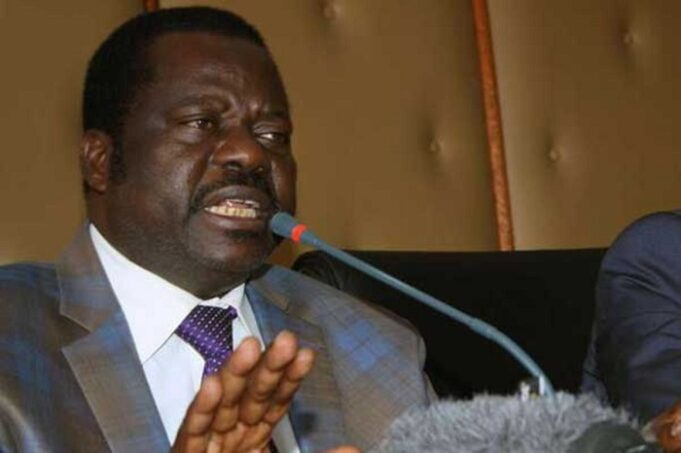 A section of Kenya National Union of Teachers (Knut) members who have defected from the once giant union are now claiming that the end days of Wilson Sossion as secretary general of KNUT are as marred with controversy as when he started. They are confident that Sossion won’t retain his seat, though the latter has expressed confidence that he has seen no competent competitor.

Sossion became Knut boss by abrasively trashing a long tradition of rotation of leadership positions that would have seen acting secretary general, Mudzo Nzili, from the Coast, endorsed to the post in that year’s annual delegates conference.

Currently, KNUT sinking deeper and deeper. From its 187,000 members, more than 170,000 have left. Its rival, Kenya Union of Post Primary Education Teachers (Kuppet) members are up to 120,000, and it is still experiencing growth.

Union Dues have dropped to below ksh. 20 million from Sh140 million monthly. This has resulted to unpaid rents and salaries for uncountable months.

What appears as a shock to the defectors is that the decline of Knut has aligned perfectly with the tenure of Sossion as secretary general. All they are questioning themselves is what went wrong.

“Sossion made Knut the union of strikes. Nothing was too small to strike over, creating perpetual turmoil in education. Indeed his strikes were timed to cause maximum disruption. Finally, everybody, teachers, students, parents, the Government, and the country in general, were all completely fed up,” one of the defectors accounts.

Others recall how Sossion arrayed himself against all Government initiatives, and became Mr. No. He railed against the Competence Based Curriculum (CBC), even sending teachers to disrupt induction training sessions for their colleagues.

He has also been accused of opposing the appointment of Prof. George Magoha as Education Cabinet Secretary, and vowed not to work with him.

He also opposed the delocalization policy where head teachers who had stayed for over nine years at one work station were being transferred.

Accepting ODM nomination to Parliament was his biggest downfall. He saw nothing wrong in engaging in partisan politics while running a union whose members are from across the political divide, nor did earning two salaries from public jobs.He seem to walk on water. When the TSC deregistered him because of this, he blissfully brushed it aside.

Unfortunately for Knut, Sossion alienated all allies and partners, from Kuppet, to TSC, union members, Government officials, and parents, and turned public opinion against a union once seen as a bulwark against Government trampling on rights of workers.

In an effort to save Knut, the National Executive Committee (NEC) met in August 2019 for a meeting Sossion had called and later cancelled, and threw him out.

The courts reinstated him. He is now in office courtesy of a court order. His penchant for prosecuting every other issue in court is a well sung refrain.

He also cancelled the 2019 annual delegates’ conference, claiming that the leadership was trying to resolve wrangles within it.

Currently, ex members claim that Sossion is running Knut against very strong winds that will inevitably overwhelm it soon.

Knut went to court and stopped TSC from using the career progression guidelines that were in the Collective Bargaining Agreement (CBA), in favour of the old schemes of service.

The non-Knut members have already received two pay rises since last year in line with the CBA. There are also promotion vacancies ongoing strictly for teachers who are in line with the career progression guidelines.

Shockingly, KNUT has opposed the vacancies. It has also said that it will recover any money inadvertently paid to its members in line with the new guidelines.

Sources have it that TSC is smarter than Sossion and that Sossion is left with no other card to play since he has exploited all his cards. Should Sossion continue serving as KNUT SG, or should he sacrifice the potential he has for another leader?