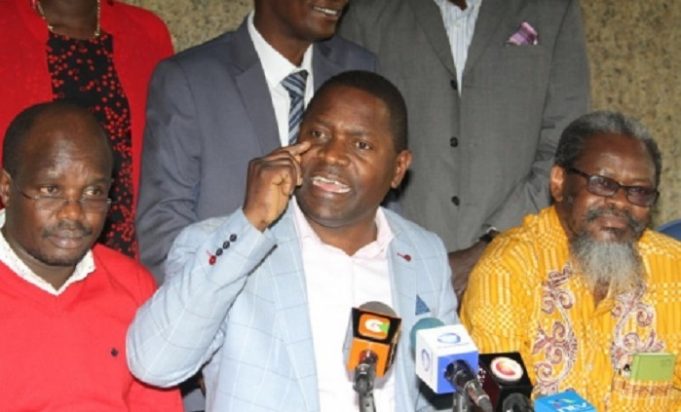 University staff union has faulted President William Ruto over his failure to include university unions in the 42-member education reform taskforce.

Through its secretary general Charles Mukhwaya, the Kenya Universities Staff Union (Kusu), maintained that Ruto was all wrong by forming a team without university unions to steer extensive education reforms.

According to Mukhwana, the President has started fulfilling his education promises on a wrong footing and would have involved the unions like KUSU, KUPPET, UASU, KUDHIEHA and KNUT which are within the education sector.

“As a union we want to remind President Ruto that there is no way he can form such a team to address matters education and leave out key stakeholders like Kusu,” said Mukhwaya.

The Headache That Awaits Machogu in the Education Ministry-Will He Manage?

“As a union, we feel the government of President Ruto did not do any due diligence. The government did not respect the constitution of Kenya. The constitution is very clear on stakeholders and public participation. We as key stakeholders in education did expect that unions within the education sector will be represented in the task force however none was in the task force.”

Despite Ruto giving the task force powers to co-opt other persons, who possess appropriate competencies, as it may consider necessary, Mukhwaya said the deliberate exclusion of unions within the education sector was suspect.

“In the absence of key union members like KUSU in the team, the union is worried that their grievances will not be well articulated,” said Mukhwaya.

“As a union, we’re still questioning the rationale of excluding the union. You never know if somebody in the team can propose some crazy recommendations affecting our members since major stakeholders like KUSU are not involved. That is our major worry and as a union, we don’t know the fate of the report that will come out of the task force,” said Mukhwaya.

The task force that will be chaired by Prof Raphael Munavu, a renowned educationist and lecturer, comprises university vice-chancellors, lecturers, and teachers in public schools and special needs schools.

Other members include private schools, colleges, faith-based organizations, the Teachers Service Commission (TSC), the Kenya National Examination Council (KNEC), the Ministry of Education and other stakeholders.

Mukhwaya said that the inclusion of the VCs in the task force was appropriate but said some of them have been involved in the mismanagement of the public universities.

“Including VCs who have mismanaged public universities in this taskforce team can put doubt whether they will make key and meaningful contributions to the team,” he said.

However, he said despite being left out, the union is ready to give out its views to the team.