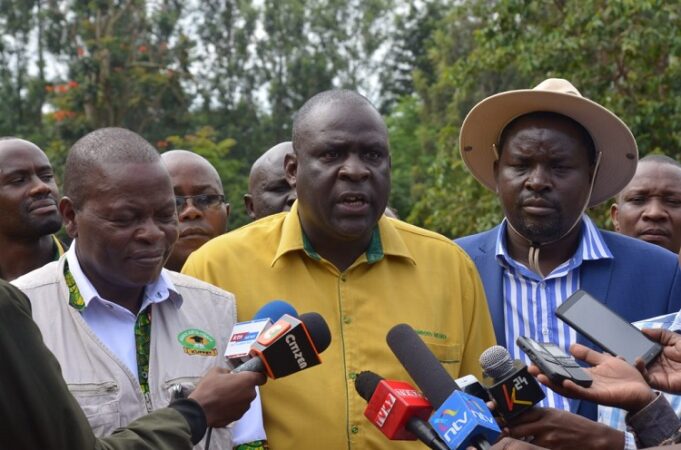 Teachers in acting capacities are owed Sh1 billion, according to their union, which now wants to renegotiate their pay deal with the government, claiming the current one stagnates their careers.

Omboko Milemba, the national chairman of the Kenya Union of Post-Primary Education Teachers (Kuppet), told the Nation that the current career progression guidelines make it difficult for classroom teachers to get promotions unless they are in administrative positions.

Omboko accused the Teachers Service Commission (TSC) of failing to confirm teachers who work in acting positions for a long time. He said this amount to bills for services rendered but not paid for, adding that the union is undertaking research to quantify the amount owed to such teachers.

“This is a pending bill that’s not quantified. This is an exploitation of labour by the TSC and the government. I’ve put a question in Parliament but I’m doing research with my office staff to back the numbers. It’s become impossible to be promoted unless you’re in administration,” said Mr Milemba, who is also the MP for Emuhaya constituency. He said the most affected are teachers in grades C3 and C4.

Cumulatively, he said, the government owes suppliers of goods and services over Sh650 billion. He added that talks were on with the government to raise Sh100 billion to settle part of the bills.

While speaking at St Columbans High School in Kitale on Saturday during the union’s annual general meeting, Mr Milemba asked the TSC to review the 2021–2025 collective bargaining agreement (CBA).

“The five-year CBA will quantify promotions for deputy principals, heads of departments, and acting principals who have served for long without payments,” said Mr Milemba.

The union has made its proposals to the commission on new pay packages for teachers. A teacher serving in Job group B1 earns a basic salary of Sh24,250.

Should the union’s recommendations be implemented, the teacher will be promoted to job group D5 and earn Sh89,016.