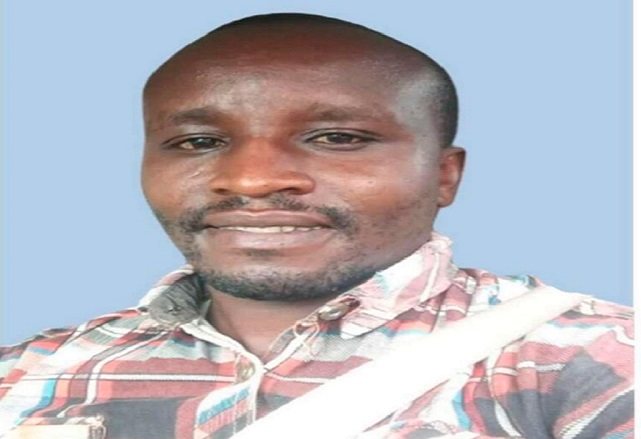 A form four student has confessed that he stabbed a bolt driver to death. Elijah Magambi, 17, a Form Four student at St Patrick’s Education Centre in Kasarani,has allegedly confessed to police about his involvement in a murder that has shocked detectives.

The student reportedly lured the driver of the taxi hailing app, Bolt, to his death in an incident that has baffled the police, given the age of the suspect and the manner in which it was executed.

Stephen Kimani, 40, thought he had hit the jackpot when Magambi hired him for an upcountry trip, but ended up paying a heavy price for his misplaced trust. Kimani thought he had closed a mouth-watering deal on February 11, but he had unwittingly walked into a deathtrap.

No Single Paper Has Been Leaked, Magoha

My Successor Will Not Sustain My Achievements, Magoha

Kimani did not have any reasons to doubt the teenager and so the two settled on Sh30,000 for the 500km trip. It’s unclear why Magambi would hire a taxi from Nairobi instead of the family in Kisii simply hiring a vehicle from their end.

Apparently, Kimani, too, didn’t probe the rationale for this, in any case for him it was business as usual. Enticed by the offline sweet deal, the driver left Nairobi for Kisii at midnight on February 11.

Magambi informed his contact in Kisii, identified as Maxwell Nyangoya, 22, that he was on the way.

The taxi pulled up at the Kisii Teaching and Referral Hospital at 9am on February 12. As Magambi and Kimani had breakfast, the client pretended to call a relative of the patient to inform them they had arrived.

Nyangoya later joined them and said the patient’s relative, who was to pay for the taxi, was in Kericho town. They waited but the person never showed up. It was getting late.

Magambi and Nyangoya then convinced Kimani to drive to Kericho so he could be paid Sh15, 000 as part of the deal. Kimani did not suspect any foul play as the two were very friendly and made him at ease.

They left for Kericho in the evening, but along the way, Magambi and Nyangoya allegedly turned against Kimani, according to a police confession.

Magambi reportedly told police that they stabbed Kimani in the stomach and neck. They then dumped the body in a thicket at Kipranya village, Belgut Sub-County in Kericho.

“He (Magambi) confessed to killing Kimani jointly with another suspect. He led the officers to a thicket in Kipranya village, where they dumped the body. Officers from Sondu collected the body from the scene. They also recovered Kimani’s motor vehicle, registration number KCW 782V,” states a police report.

Magambi and his co-accused were tracked by the Crime Research and Intelligence Bureau attached to Kiambaa Directorate of Criminal Investigations (DCI) who screened their mobile data.

Police said the two are expected to face murder, robbery with violence and abduction charges. Detectives said their aim was to steal the vehicle, but when they were unable to dispose of it, Magambi drove it home.

His father, Mr Geoffrey Manyara, was also arrested after the vehicle was found in his compound. Magambi returned to Nairobi and was arrested on March 18 at Kenyatta University hostels, where he was being hosted by a friend.

The postmortem examination revealed Kimani never struggled with his killers, given the deep cuts he sustained.

“Scene visited and the body of the deceased was found with a stab wound on the stomach and physical injuries on the chest, back and both hands. There was no sign of struggle at the scene, which is about 500 metres from River Sondu Miriu on the border with Buret Sub-County,” states a police report.

Kimani will be buried in Banana, Kiambu County. His widow, Ms Sarah Macharia, 33, ruled out business rivalry, saying the suspects were not known to them.