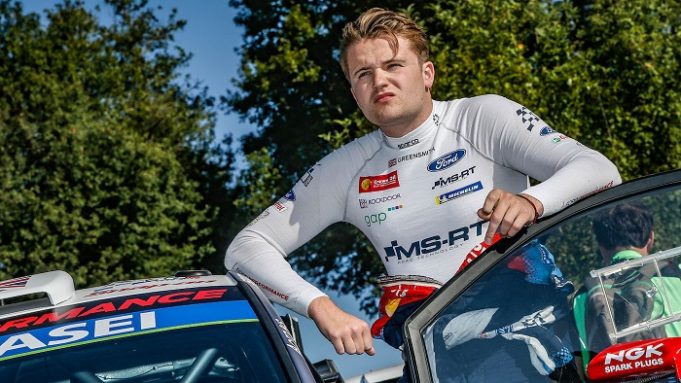 Fergus Greensmith , commonly known as “Gus“, was born on 26th December 1996 in Britain.

Gus Greensmith pertook his early years, junior and senior education in schools within Manchester, before applying for an international driving license

Gus Greensmith is a British rally driver. Before becoming a rally driver, he served as a youth goalkeeper for Manchester City F.C. and karter. He later moved into the ranks of rally driving, becoming the youngest of 11 drivers in the Drive DMACK Fiesta Trophy in 2015.

As a karter who went to school in Manchester, he appeared in the CIK-FIA U18 World Karting Championship in 2012, racing alongside Charles Leclerc, Ben Barnicoat and Joey Mawson among others.

In 2014, he won the British Junior Rally Championship.

In 2015, he appeared at Rally GB again, this time paired with Alex Gelsomino, the co-driver for Ken Block.

In 2015, he teamed up with Idris Elba in a documentary series that Elba was filming for Discovery TV and drove him in a Ford Fiesta.