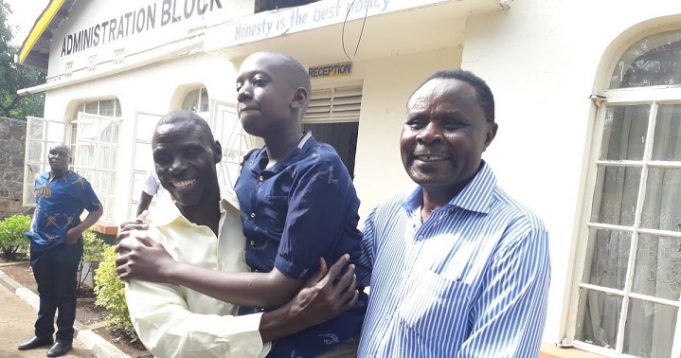 Ochome noted that questions on why caning was removed in the first place and why it needs to be reintroduced and whether it will be a solution to the ongoing unrest in schools must be asked.

“I’m not opposing it but we need to go back to the public, have some public participation so that if it’s being reintroduced, all stakeholders including parents must agree,” he said.

He spoke in Kisumu on Tuesday during a meeting by private schools heads from both Nyanza and Western on the digitization of publication content.

He however noted that the reintroduction may or may not help, adding it was stopped because some teachers were using violence.

“In the first instance, who is going to administer corporal punishment to those children? I believe if it comes back, it must be guided,” added Ochome.

However, on the issues of arson, the chairman noted that it was sad and should not be encouraged, adding that parents should be able to guide their children well.

“This is a personal opinion and I am not a principal of any high school but from the look of things because I sit in various boards and I think the schools are congested, if you look at one school it has over 2,000 students hence creating a lot of pressure and needs to be looked into “.

Ochome suggested that the government should think of placing some of the students in private schools “because we have space”.

“This can help us, it’s something we have to think of”.

The calls to have corporal punishment in schools comes at a time various school across the country have been torched with some students in police custody.

Education Cabinet Secretary George Magoha and his Interior counterpart Fred Matiang’i have called for the return of corporal punishment in schools.

They had attributed the occurrence of school fires to growing indiscipline among learners.

“We need to introduce caning back in our schools like yesterday and the parents should begin disciplining them at home,” Magoha said.

He asked the relevant authorities to quickly enact laws that will bring back the cane to schools to stem lawlessness.

Magoha said he was aware of the efforts of the human rights activists blocking the reintroduction of caning in schools.

“Which human rights are there when these students are burning schools and destroying property? We cannot expect miracles from teachers when children are not being disciplined,” he said.

He said contrary to the opinion held by human rights activists, caning does not kill.