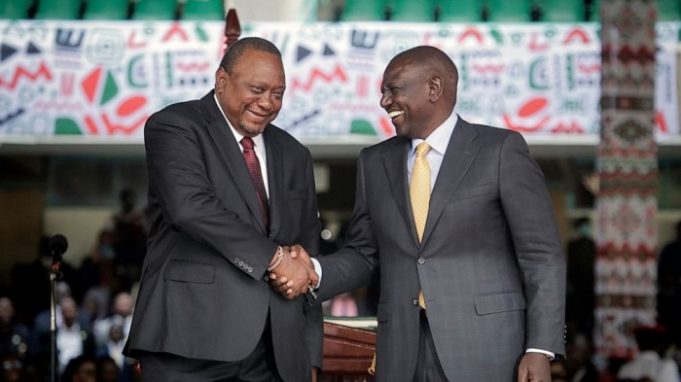 Kenya Kwanza government’s position on the competency based curriculum (CBC) will be informed by Public views on the latter.

As per the Kenya Kwanza education charter, signed by President William Ruto during his campaigns, the government will review the curriculum after public participation.

“To facilitate the seamless academic progression of learners, the Kenya Kwanza administration commits to review the current exam-based system of academic progression, which has excluded millions of learners based on basic education level exit exams by implementing alternative entry criteria,” reads the part of the charter.

Your Dues Will Be Paid by Ruto’s government, Magoha Tells CBC Contractors

A member of the charter committee confirmed that one of the issues that parents and teachers complained about during the campaigns is the implementation of CBC minus their involvement.

Whether or not the country will revert to 8-4-4 will be subject to the recommendations which will be raised by parents and teachers during public participation forums to be rolled out soon, confirmed the committee member.

“The complaints we received were that teachers have not been well trained on CBC and parents are being burdened,” revealed the member. Parents have taken issue with what they see as unrealistic and expensive assignments given to children.

So far, Dr Ruto has not categorically said he will scrap CBC, but he has consistently said the curriculum will be reviewed when he takes power.

During the launch of the education charter, Dr Ruto said the aim for the review is to have an education system that meets the requirements of the future.

Speaking in Bungoma County a week ago, Dr Ruto said all promises by Kenya Kwanza, including a review on the CBC, would be implemented.

Kenya Private Schools Association Vice Chair Solomon Munene said CBC had already taken root in the country and any reviews should be made to improve it. Rushing to make announcements on CBC he said, is wrong and is causing unnecessary panic, he added.

Outgoing Education Cabinet Secretary George Magoha has since asked the new government not to scrap CBC.