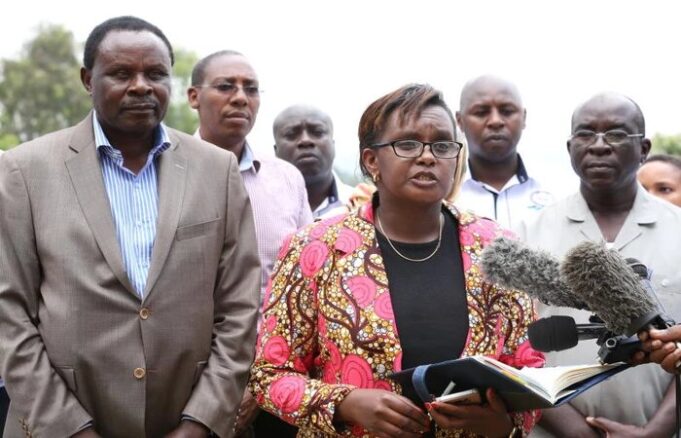 Private schools expressed interest in government funding and now want students to be placed in their institutions to reduce congestion in public schools.

The association chairperson Mutheu Kasanga said the overload faced by public schools in first term due to placement can easily be dealt with if private schools were formally considered by government.

“The capitation is a right and it’s a matter of when and not if. There’s no such thing as a private or public child, they all need access to quality education,” she said.

“In public schools, we pay for boarding and lunch fees, the rest like examination and tuition are paid by government. Will private schools accept to be regulated by the ministry? For example, schools that charge Sh600,000 per term, can they accept to trim down their fees? No, of course they cannot,” Maiyo said.

“Public schools are full, when will the government say they are ready for a public/private partnership to alleviate problems,” she said.

She added that education should embrace public/private partnerships just like other sectors including infrastructure and roads.

“Capitation should also work the same way, they give the sector funds but whatever is on top the parents will pay and then audits are done. If government is doing it on things like roads and infrastructure then they can also do it for schools,” she added.

The move to ensure 100 per cent transition in secondary schools has seen public schools face congestion in classes and dormitories.

Students interested in joining private schools are required to apply after the release of KCPE exam results.

Government released funds to cater for tuition and food, each secondary school student was allocated Sh23,000 to cater for their needs, including lunch and school uniform.

In total, each learner in all public secondary schools receives Sh22,244 per year under the government’s Free Day Secondary Education programme.

Of this, Sh9,400 is used for operations including Personal Emoluments.