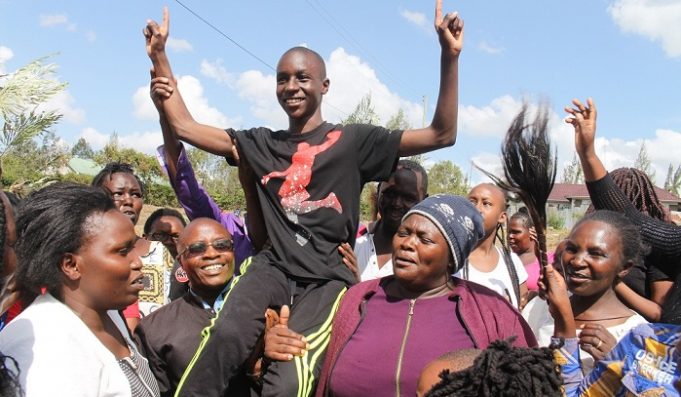 This is a major improvement compared to 2020 KCPE results, where only five candidates from private schools appeared among the top 15 national best performers.

Magata Bruce Mackenzie from Gilgil Hills Academy emerged best candidate in the 2021 KCPE after scoring 428 of the possible 500.

This is, however, five points lower than the 2020 KCPE top candidate, who scored 433 marks. Ashley Kerubo Momanyi from Makini School, Kibos, came second with 427 marks.

KNEC KCPE Standardization 2021: How Each KCPE 2021 Exam Was Standardized

KCPE Results to be Announced Today, As Sources Claim Massive Pass In English

Others are Emmanuel Kiplagat Ngetich of Moi Kabarak and George Morris Otieno of Hill School.

Prof Magoha however said overall performance improved compared to 2020. The mean average performance and quality of grades for all candidates improved in the 2021 examination. “For example, whereas 8,091 candidates scored between 400 and 500 marks in the 2020 KCPE, the number increased to 11,857 in the 2021 KCPE,” said the CS.

Prof Magoha said all the 1,214,031 candidates would move to secondary schools. “The Ministry has put in place measures to ensure the selection exercise is conducted soonest… given the next academic calendar is heavily shortened,” he said, adding that the selection process would be completed in two-week time.

Prof Magoha announced that some 9,000 vulnerable and needy children would benefit from the Elimu Scholarship Programme.

The number of candidates who did the exam under special circumstances, including in hospitals, decreased from 1,240 in 2020 to 1,067.

Even with heavy security, some 320 students in seven centres were found cheating. This is a significant increase from the recorded cases in the 2020, where seven candidates were found in possession of notes in examination rooms, and five cases of impersonation were recorded.

The CS said candidates who colluded in cheating would get zero marks in the specific subjects. “There will be a price to pay and we shall punish the children and teachers. All the children, including those caught cheating, will transit to secondary schools,” he said.

The CS however denied any leakage of the tests prior to the exam period. “Teachers only took photos of the exam papers after leaving the container and circulated them, but students were already in class. We have banned phones in exam rooms, but if you choose to put your career on the line and take money to aid in cheating, be prepared to face consequences,” he said.

In 2020, up to 20 counties, including the 12 counties above, registered more female than male candidates.

Prof Magoha instructed headteachers to release the results to all candidates, regardless of fee balance or other issues.

As pioneers of the CBC transition to Grade Six in May, Prof Magoha said teachers had been trained and were prepared for the rollout. He said many more would be trained in April in preparation for the Junior Secondary School that starts in 2023.

Further, he announced that 6,497 classrooms had been constructed to accommodate the CBC pioneers ahead of the start of Junior Secondary School next year.

In the first phase, Prof Magoha said government had spent Sh5.123 billion in construction of the classes, each at a cost of Sh788,000. About 3,5032 classes are to be built in the second phase to hit the 10,000 target before the end of President Uhuru Kenyatta’s tenure.