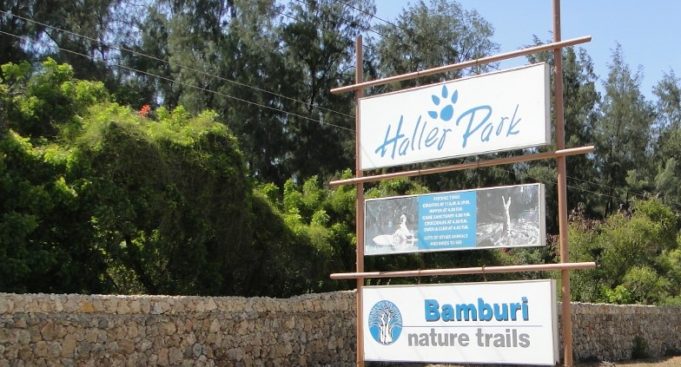 Among the three Kenyan cities, Mombasa ranks second in terms of size. It guarantees global travelers the real taste of east African breeze, wild nature and well-preserved history. The city is a hub of over 200,000 tourists from all continents annually. The beautiful coral reef, coupled with numerous ferries in the sky-blue sea and shiny green palms, add a sumptuous elegance on the coastal city. Mombasa is not only the east and central African largest port but also a cultural library in the entire region.

For tourist planning to visit Mombasa, do not forget to include the sites given below in your itinery.

fort Jesus was established in 1596 by Portugal colonialists, after being designed by G. B Cairati, an Italian .it has been declared a world heritage site by UNESCO. It represents one of the limited examples of Portuguese architectural structures. The fort assumes a human shape.To have a perfect reference to religion, the name Jesus was added to it. In 1875, the British took ownership of the precious fort. It has a resourceful museum, that preserves among other things, the coastal culture. This is reflected in the unique pottery and ceramic materials. It also has battle grounds and Omani jewels which portray the posy Swahili history. Through the corals that lead to the ocean, a passage was made called arches. The exact location of the fort is Ndia kuu.

Formerly called Bamburi, Haller was established for the pals of fauna in around 1971 by Doctor Haller from a limestone quarry that had been used and dumped by Bamburi cement company. He added minerals in the deprived land and embarked on afforestation. He then introduced aquatic organisms and a zoo, making the former quarry a self-sustaining ecosystem. Nearly all animals inhabit this park but what makes it exceptional is the world’s oldest tortoise called Mzee and a hippo that never had the chance to see his parents.

The park also hosts above 200 bird species and has a reptile home full of some of the largest crocodiles ever known.

Located along Mombasa-Malindi road, the park has the highest species of butterflies in the universe.

The marine national park of Mombasa has a bee hive of activities ranging from sand bathing, diving and romancing. Its mangroves, seagrass beddings, sandy beach, and corals make it a paradise on earth. One of the most memorable activities here is viewing aqua life through a boat that is glass bottomed during a ride. It can be accessed through Shanzu beach.

From the name, this place has the highest number of crocodiles in eastern Africa. Mamba is a Swahili word for crocodile. Apart from learning crocodile feeding and mating habits, tourists can also ride on horses, and enjoy the fresh atmosphere of well-organized botanical gardens and aquariums. The unique thing with these gardens is the presence carnivorous flora. Tourists that crave for roasted and glazed game meat often find it hard to say good by to this beautiful center in an urban village. It is located along links road.