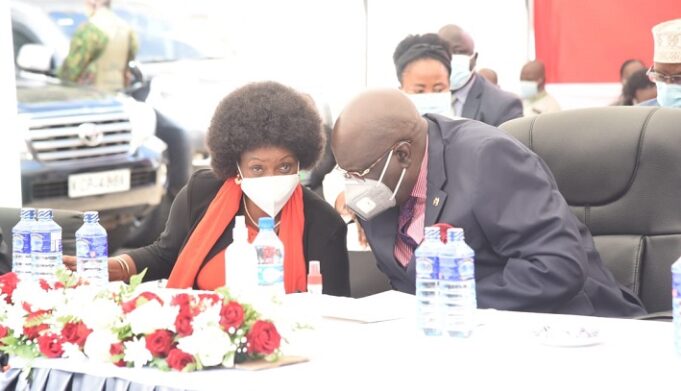 The teachers service commission, TSC, has expressed its determination to punish school heads who have ignored the ministry’s circular on school fees. According to the latest development, more than 200 secondary School Heads are set to face disciplinary action for charging higher fees against the ministry’s directive.

Further, a section of primary school heads is expected by the commission to explain the poor performance of learners in their schools following the recently released KCPE results.

The high school heads have been slapped with show cause letters to explain why disciplinary action should not be taken against them for stealing from parents.

The primary school heads on the other hand, TSC has tasked them to explain the performance improvement strategies that they have adopted in their schools after a poor performance in KCPE exams.

The latest move by TSC has sent panic in both primary and secondary schools countrywide, with teachers and heads pre-empting a possibility of them being will be next.

Just days to reopening of schools, TSC CEO Nancy Macharia had warned the headteachers that those going contrary to the fees guidelines would be punished severely. She revealed that the commission was investigating some principals reported to have breached the fee guidelines.

“I direct that all heads of schools stick to stipulated school fees and avoid loading parents with unnecessary levies,” said Macharia.

However, as soon as the new academic year started, it emerged that some of the heads released fee structures that required parents to pay up to Sh53,000, despite major reduction by the government.

The government reduced this year’s fees by up to Sh8,500, citing effects of Covid-19 that reduced the school calendar by nine weeks.

And in some cases, the heads mounted extra levies not permitted in the fees guidelines, pushing parental obligations beyond the stipulated amount of between Sh35,000 and Sh45,000. A June 16 circular by Basic Education PS Jwan Julius directed that parent with students in national and extra-county schools located in major towns pay a maximum yearly fees of Sh45,000.

This is inclusive of boarding fees pegged at Sh24,925 for this category of schools. Other levies parents are allowed to pay include maintenance and improvement funds at Sh2,000.

Levies parents are charged include a total of Sh17,267 to cover local travel and transport, administration cost and energy, water and conservation. And for parents with students in county and sub-county secondary schools, the government directed that they pay an annual maximum fee of Sh35,000.

This includes boarding fees of Sh20,830, maintenance and improvement fees of Sh2,000 and a total of Sh11,670 to cater for local travel and transport, administration cost, and energy, water and conservation. The government also ordered that parents whose children are in special needs schools would pay a maximum of Sh10,860 yearly.

Insiders at TSC, however, said investigations revealed most of the schools charged over and above the stipulated levies.

Some also loaded over charges already catered for by the government as activity fees. Some heads asked parents to pay such levies as motivation fees, examination fees, project money and trustees fund.

“A number of teachers have received show-cause letters and as investigations continue, many more will receive the letters,” confirmed senior TSC staff.

“Principals who have flouted government directives will carry their own cross because this was communicated to them and they should have made necessary adjustments,” said KESSHA chairman Kahi Indimuli.