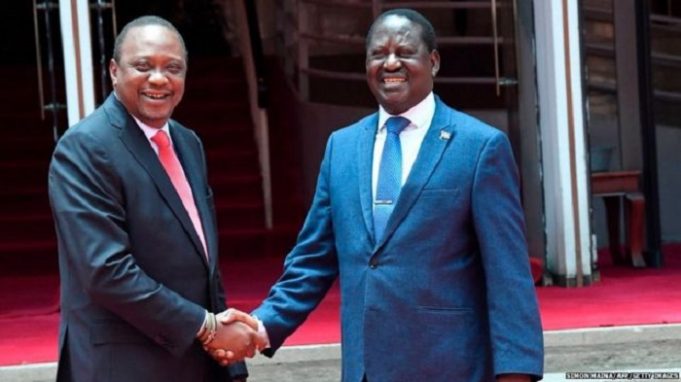 Unlike the five seats which were announced by the returning officers at various county or constituency tallying centers, the new president will be announced by the chairman of the independent electoral and boundaries commission, IEBC.

Once the national tallying is done, the commission will find the winner of the presidential polls.

However, IEBC will not announce the winner immediately. The name of the new president will be taken to the President, and he will get informed of the winner.

Upon receiving the name, the president will notify the Chief of General Staff, National Intelligence Director and the Inspector General, to make arrangements on how the new president will be protected. Further the three will be instructed to observe moves of the loser.

The new president will then be called by the outgoing President and notified of his win.

Thereafter, IEBC will announce the winner to the nation.