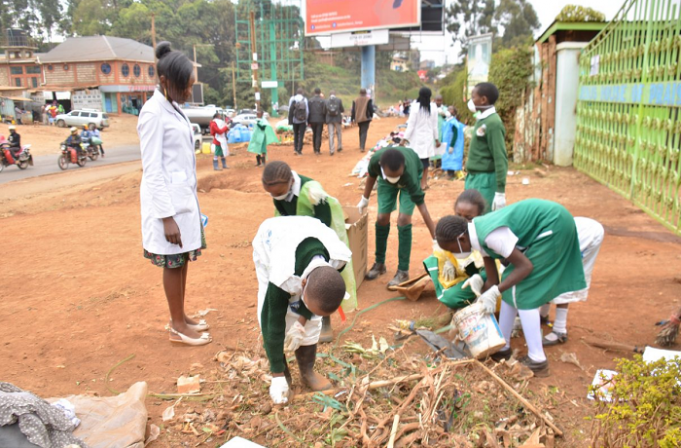 Schools were yesterday making last minute rush to submit their Junior Secondary School (JSS) choices as the September 10 deadline fast approaches.
A number of schools in Nairobi have given Grade Six learners and their parents up to this afternoon to present their choices.
Schools will then input the choices to the Kenya National Examination Council portal (Knec), as required.

“We have been given up to today to submit our choices of JSS so that the school can put the date into the Knec portal as required,” a parent who sought anonymity said.
A spot check in a number of schools in Nairobi and Kiambu showed that the process was going on smoothly and the institutions are optimistic of completing the work by Saturday.
Each learner is expected to choose 12 schools, comprising two national, two regional, two County, four sub-county and two private JSS.
This came as Education Cabinet Secretary Prof George Magoha said the selection process is progressing well and ruled out further extension.
The CS also commended private schools as they race against time to complete laboratories.
“I am not seeing any hiccups. I said we are going up to September 10. If there is need for us to extend we will communicate but for now we do not feel there is need,” Magoha said yesterday when he inspected Competency
Based Curriculum (CBC) classrooms in Nairobi. As the exercise comes to the tail end, the CS reiterated that there must be a conversation between learners, parents and teachers to make the right choices.
Magoha said his takeaway with CBC is that the system is going back to the family, as learners are engaging parents once more.
He also emphasised that CBC is not a money guzzler as has been perceived, even as he advised the next Government to ensure it gets value for money, which is not an easy process.
“Government officers have a culture of doing things in a particular manner. If they get an officer who will ensure zero tolerance to corruption in the ministry, that will be the best thing because it will mean they embark on another set of classrooms in the next year,” he said.
He also noted that President-Elect William Ruto’s promise to employ more teachers in two years will go along way in boosting CBC.
Magoha has urged parents to select JSS they can comfortably afford, saying children in private schools must pay for services offered in those institutions.
He made it clear that the Government can only cater for Free Day Secondary Education (FDSE).