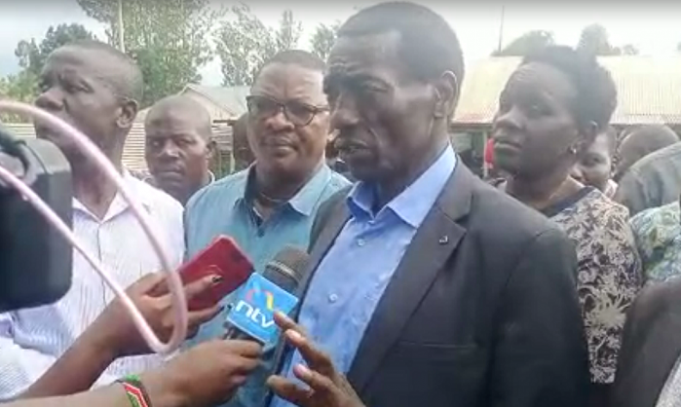 The Kenya National Union of Teachers (Knut) secretary general Collins Oyuu is in fresh war with that teachers’ service commission, TSC over membership.

The Teachers Service Commission (TSC) in the February payroll has transferred all teachers in special schools and those with disabilities to Kusnet so that they can pay their new agency fee.

Oyuu has written to all Knut branch executive secretaries to report teachers in their areas who have been moved to Kenya Union of Special Education Teachers (Kusnet).

“Our attention has been drawn to the fact that all our good members in the category of Person Living with Disability (PWD)Teachers Enabled Differently from all our schools have been moved from the membership of Kenya National Union of Teachers (KNUT)to KUSNET, says Oyuu. 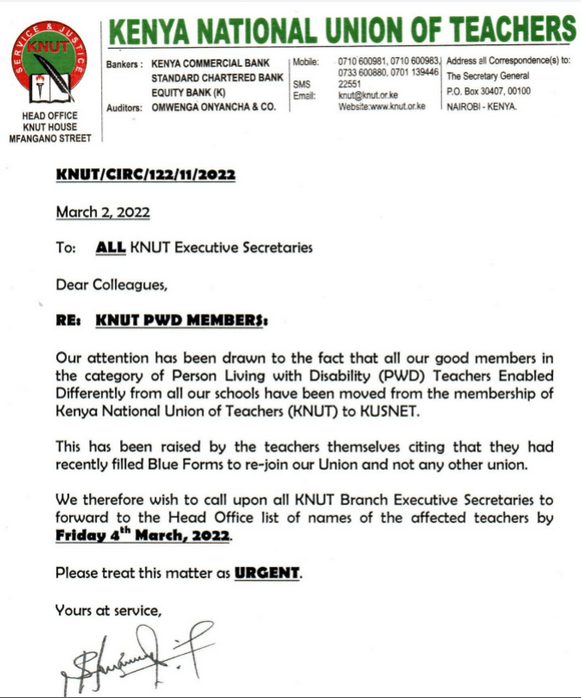 In July after signing of the non-monetary Collective Bargaining Agreement (CBA), it was rumored that the three teachers’ unions will have membership based on teachers’ institutions of work

Teachers teaching in special schools including those with disabilities will all fall under kusnet as their union.

Though Oyuu rejected these claims, it seems the chicken are finally coming home to roost. Oyuu refuted the claims that the new recognition agreement made Knut belong to only primary school teachers.

Oyuu now wants back all Knut members who have been moved to Kusnet. He says branch secretaries should forward affected names by 4th March.

“This has been raised by the teachers themselves citing that they had recently filled Blue Forms to rejoin our Union and not any other union. We therefore wish to call upon all KNUT Branch Executive Secretaries to forward to the Head Office list of names of the affected teachers by Friday 4th March,2022,”he added.

“By June last year, the union membership had dropped from over 187,000 members to 14,000. Most of our branch offices were also non-operational as only 15 were functioning. The union is now back on its feet and all branches are operational,” he said.

Between June 2019 and last year, Knut lost its huge following after TSC resorted to excluding

them from promotions and pay increments contained in the 2017-2021 collective bargaining agreement (CBA).

The commission also starved the union of dues from teachers.

Before the troubles began, the union used to receive over Sh144 million in monthly union dues. However,by last year,the income had dropped to less than Sh20 million, making it unable to pay salaries and medical insurance for its staff.