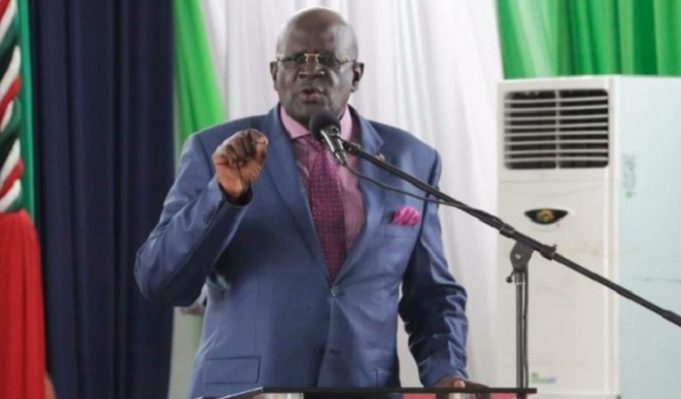 The government is in the process of developing guidelines to place learners as they transition to Grade 7 next year, Education Cabinet Secretary Prof George Magoha has said.
Magoha dismissed claims the Ministry of Education is not well prepared for Junior Secondary School, saying they will continue preparing for the transition until the next Government is sworn into office.

He, however, said that there will be no cut-throat competition to join junior secondary until Grade 9, where the learners will transition to senior secondary school.
“The process of how children are going to apply to go to junior secondary school is being worked on and we will make sure that children are advised as to how to apply where to go. The usual cut throat competition will wait until Year 9,” Magoha said yesterday when he commissioned a CBC classroom at Mwiki Secondary School.

“People are thinking of how to rush to schools like Kenya High or Mang’u or such but this is junior secondary school and we are going to spread them as much as possible. You may for example find that at Kenya High, they will not take 1,000 to join junior school, they might take about 200 but when it comes to Grade 9 where they go to senior school then cut throat competition will come,” the CS added.

MP Tasks Magoha To Explain Why KNEC Contracted Professionals Have not Been Paid, as Sources Indicate Next Month

“Some of these schools will be developed further to have full-fledged secondary wing in the future. The Government wishes to assure all Kenyans and especially learners, parents and teachers that implementation of CBC is on course and that systems and structures for the transition from primary to junior secondary are in place,” assured the CS.
The CS said that the Ministry has consulted and urged private schools especially in urban areas to set up stand-alone JSS to provide chances for learners to transition from primary to secondary level and will not move to inspect classrooms that have been set up.
“We will now inspect the private sector, which has assured me they get 5,000 classrooms ready and they already have 1,200. We will go to confirm they have complied with what we require and therefore there should be no fear as to what will happen to the children,” he said yesterday.

Magoha said the target was to build 10,000 classrooms for CBC and the project will enter the second phase this week to ensure completion of the remaining 3,500 units.
“We are going to roll out the next phase of the project by the end of this week for the balance of 3,500 classrooms. Having an election does not mean we stop working, we will continue working as usual until when a new Minister is sworn in,” said the CS.
“We still have about three months until the next Government is sworn in so we shall deliver what the President promised the country that the 10,000 classrooms will be ready for our children to occupy,” he assured.

He assured there will be enough classrooms for all learners, adding that laboratories are already available in a majority of secondary schools, where the JSS is domiciled. Magoha said they leave the country in a good state for the next one to continue from where Uhuru’s administration will have left.