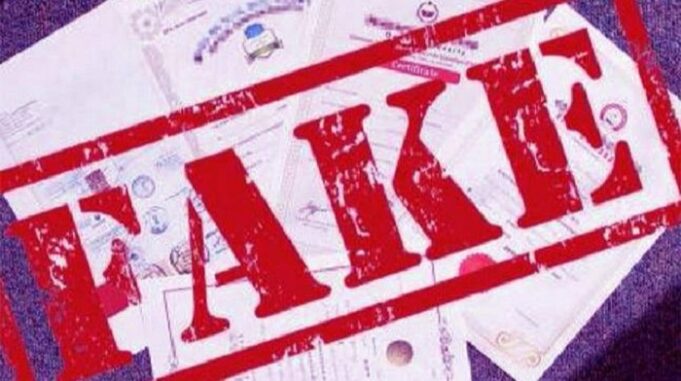 More than 250,000 civil servants are facing the sack and heavy financial penalties for using fake academic certificates to gain employment.

KNQA’s preliminary assessment indicates that three in every 10 civil servants may have used fake certificates to gain entry into public service.

“This (audit) is a programme that will start as soon as the next financial year.  If we find that you used a fake certificate to get employment in civil service, then you are liable to return what you have earned all those years, three-fold. You are also liable to criminal prosecution,” said KNQA director general Dr Juma Mukhwana.

Dr Mukhwana said the agency is working with the Director of Public Prosecutions and Directorate of Criminal Investigations (DCI) to crack down on the culprits.

In the audit, Dr Mukhwana said, the agency will cross check employee’s stated qualifications, their certificates and institutions where they got them from.

“Our estimate is that 30 per cent of the certificates are fake. It is very unfair that I sit in a university for four years, and someone else just gets a similar certificate in five minutes. You even find some cases where one has a degree purported to have been acquired long before he supposedly cleared his secondary education,” the agency boss said.

Dr Mukhwana said the agency has an anonymous portal where members of the public service and any other Kenyan can report those, they suspect of holding fake certificates.

“You can anonymously report that your fellow co-employee has a fake certificate and we shall take it up. You don’t have to reveal yourself and that is why we need collaborative mechanisms to end this menace in our country,” said Dr Mukhwana.

KNQA categorizes fake certificates in three phases: Those earned from institutions not accredited to offer one; those where one did not meet the entry requirements of the certificate, and lastly, those that the person never went to the university or college at all.

“You have cases where someone claims to have a university degree from outside Kenya, yet they have never owned a passport. So, how did you get your certificate from that university abroad, then? Those kinds of things where no online learning was involved. Or sometimes you have a passport, but no study visa. Same thing. How then were you there for four years with no visa?” Dr Mukhwana said.