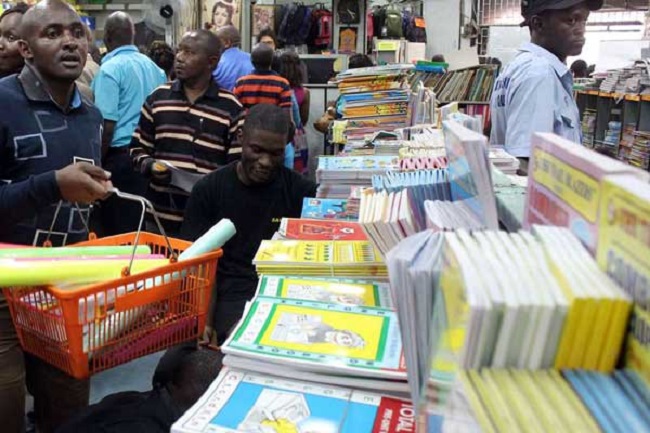 The Education ministry is set to announce new English Literature and Fasihi books amid disquiet in the publishing industry over tendering and evaluation of bids.

Last week, the shortlisted setbooks were revealed at a briefing for publishers by the Kenya Institute of Curriculum Development‘s (KICD) top officials.

A section of publishers have questioned the integrity of the process.

“There’s a feeling that it (the evaluation) was not fair when we look at some of the things we were penalised for and the corrections suggested by the evaluators. In some instances, they have actually introduced errors,” questioned a publisher

Winning a tender in the high-stakes market is lucrative, for a publisher is assured of selling more than a million copies per title every year.

The government buys a copy for every learner in every class in public schools; and the national enrolment per class is about one million and 750,000 in primary and secondary schools, respectively. “It’s an opaque process. Why are the raw marks and reports of evaluators hidden? Put them on KICD website so that, truly, the public can see good books have passed and bad ones left (out),” another manager said.

Blossoms of the Savannah written by celebrated author Henry Ole Kulet, who died early this year, is among compulsory set books to be replaced. The other one is A Doll’s House, a play by Henrik Ibsen.

The optional texts have been The Pearl by John Steinbeck, Memories we Lost, an anthology of short stories edited by Chris Wanjala, and Inheritance, a play by David Mulwa.

The books in the shortlist were scored for content out of 80 per cent, with the price quotation accounting for the other 20 per cent. The lowest price quoted is awarded the entire 20 marks with other bidders awarded on a formula calculated based on their quotations.

“The danger of this model is that millions of learners might end up studying shoddy books propped up to win,” said another publisher who argued that books procurement cannot be equated to that of other goods and services.

The entries are submitted without titles, names of authors or publishers or other identifiable marks as the process is meant to be blind, in an attempt to stamp out favouritism.

An entry by SIP scored the highest at 61 per cent but they did not submit a financial quotation.

Longhorn Publishers had two entries priced at Sh104 and Sh114. Nyota Publishers did not quote.  In the Kiswahili play category, three entries scored 75 per cent, three 70 per cent and three others had 68 per cent. Marimba Publishers quoted the highest price whereas Mountain Top Publishers had the lowest bid at just Sh45.

KICD Director Charles Ong’ondo told confirmed that the evaluation process was above board and involved subject specialists from the institute, the Education ministry headquarters, the Teachers Service Commission and teachers. He said the scores announced last week are provisional and a tender award will only be confirmed in writing after publishers effect the suggested changes. He attributed the claims of impropriety to publishers’ own price wars.

Since the direct procurement model was introduced and price became a determinant of the books that are selected, publishers have been quoting the lowest prices possible to have an edge over rivals.