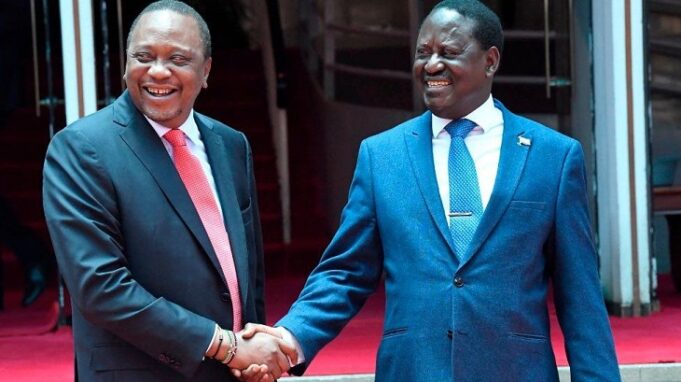 Recommendations of the Building Bridges Initiative Steering Committee that examinable set books in high schools should be locally written and capture local issues has triggered debate in the education sector.

In their proposals, the team suggested that all set books should be by local authors and with content relating to Kenyan life.

It specifically cites the works of leading Kenyan author Ngugi Wa Thiong’o, saying his works should heavily feature in the set books.

The committee also proposed that all books are written in English be translated into vernacular, to encourage children to take an interest in local languages and develop multi-lingual children.

The recommendations are noble. And they will obligate the Ministry of Education to expose students to more works of literature by Kenyan writers than before.

However, the study of the Literature component is confined to only a few books in high school.

In secondary schools, the syllabus requires that learners engage in critical analysis of the prescribed textbooks which include a novel, a play and an anthology of short stories.

KICD has released new set books that will replace those whose timelines have lapsed.

For literature in English, set books by Oxford, KLB, Longhorn, Spotlight and East African publishers have been picked to replace the existing ones.

Kenyan novel, ‘Blossoms of the Savannah’ which lapses in 2022 will be replaced by ‘Fathers of the Nation’ in January 2023.

‘Inheritance’ which lapses in 2022 will be replaced by ‘Parliament of the Owls’ in January 2023.

Anthology ‘Memories we Lost’ which lapses in 2021 will be replaced by ‘A Silent song and other Stories’ in May, 2022.

And for Kiswahili Fasihi, Tamthilia ‘Kigogo’ which lapses in 2021 will be replaced by ‘Si Shwari’ in 2022.

The novel ‘The Spider’s Web’ by OnePlanet will also start in September 2021.

And for set books for Diploma in Secondary Teacher Education, the Kenyan novel ‘Grain of Wheat’ which lapses in 2020 will be replaced by ‘Vanishing Herds’ in September 2021.

An anthology ‘Give me a Chance’ by Bookmark Africa will also start in September 2021.

Outside these set books, the Ministry of Education has—regrettably—not spelled out books students should be exposed to as part of their exposure to the literary heritage of mankind and Kenya in particular.

English as a subject in Primary and secondary school is inordinately focused on Grammar, Comprehension and Composition.

There is no formal study of or exposure of learners to standard genres of Literature in English –prose and poetry, plays and the novel—in primary schools under the 8–4–4 system of education.

KICD has not outlined what books students in Forms One and Form Two should read—leaving many schools and teachers without guidance and compulsion to teach literary texts to students.

The study of English in all its facets—as a language and as a vehicle of culture–is supposed to among others, build to help students comprehend the meaning that the author tries to convey in order to enhance their reading ability.

Also supposed to enhance students’ critical thinking and judgmental abilities develop students’ writing ability by writing an essay or comments related to the topic of the literature.

It should ideally help students to develop speaking fluency in English by asking questions and sharing their feedback during discussion of a piece of work they are reading or have read as part of their extensive reading.

This should ideally happen right from class four when the learners have learned how to read all the way to Form Four.

This is how an education system can use English to cultivate the nurture the competences human beings need to survive in a complex world we now face.

The government, through the Ministry of Education, will have to radically review the English curriculum/syllabus to ensure that student’s basic education institutions are exposed to more materials of outstanding literary merit than the three or four books they study.