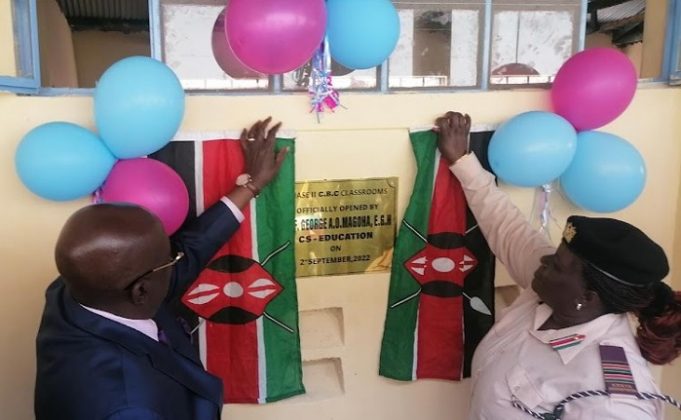 CBC To Be Reviewed at Every Progressive Stage, Ministry

The government will continuously review issues that have been addressed by stakeholders in the Competency Based Curriculum.

A conference between education stakeholders from Finland and Kenya was held in Mombasa in August.

The meeting sought to address concerns that were raised specifically in teacher training and assessment.

Curriculum implementation PS Fatma Chege said the curriculum will be reviewed at all stages.

“There’s a provision of continued review, we take  note of what is not happening correctly and can be done at any point,” Chege said.

TSC July 2022 Recruitment Letters Out- How To Get Yours

Chege said it is notable that the Finish education system does not fail its clients, who are students.

“We have a history of an education system that categorises some of its students as successful clients and majority as failures,” Chege said.

She added that in Finland, teachers have the powers to develop a local curriculum.

But she faulted the Kenyan system for failing to give the teaching profession the prestige it has.

“We are not even trusting our own teachers to give continuous assessment to children they spend with seven or more hours each day with them,” she said.

In Kenya, school based assessments are administered by teachers and uploaded on the Knec portal.

However, Knec has criteria to determine the authenticity of marks uploaded by teachers.

The measures target teachers, before assessment, during assessment, marking  and after they submit the results.

“Use of a variety of assessment methods such as practical, oral tests, projects and context based authentic assessments that require learners to demonstrate their competencies,” Magoha said.

Knec also monitors the assessments while in progress and conducts analysis of marks submitted.

“It is evident that the assessment scores submitted by schools for the SBAs are objective, with the scores revealing a normal distribution curve in 2020 and 2021,” he added.

Currently, Knec is administering Grade 6 SBA to the 2022 cohort which began on July 18 and will be complete by September 9.

PS Nabukwesi said there is need to expand infrastructure while implementing CBC.

“Kenya is a growing population where we need to have institutions with increased personnel in order to effectively implement CBC,” he said.

Teachers Service Commission trained Grade 7 to 9 teachers from April 25 and end on May 13.

Commission CEO Nancy Macharia said the training will focus on all the subjects offered at junior secondary.

Six teachers from each school will train in the subject areas.

During the training, they will be grouped according to their respective departments.

Teachers teaching pure sciences will be trained on relatable subjects in junior secondary.

They are biology, chemistry, physics and health education while applied sciences will focus on agriculture, home science and computer studies.

Since the adoption of the new curriculum, TSC has trained more than 220,000 teachers in three years.

The commission targets to train another 191,515 teachers in the next three years.

Education Chief Administrative Secretary Sara Rutto said a lot of focus is on the curriculum, the place of assessment and the teacher.

“As we know children will transition from Grade 6 to Grade 7 and it has been a tough moment for the country since we had to recover from Covid-19 by compressing the curriculum,” she said.

Rutto added that planning perspective and the infrastructure development process is very vital.

“The government has also been talking with various actors, many of who are said to have established institutions; capacities in existing schools have also been expanded,” she added.

The second phase of CBC classes will see 3,500 structures erected in selected schools.

Magoha said the Nyanza region is the best in terms of class completion while Mombasa and Nairobi counties are not doing well.

“In Nyanza, out of 81 classrooms, they have completed almost 50 of them. I don’t know what is the problem with our two cities,” Magoha said.

Private schools have a target of 5,000 classrooms.

The first phase of construction saw 6,500 classrooms put up while the second phase has 3,500.

Magoha said most counties are at 97 per cent construction apart from a few counties in Western and Rift Valley regions.

More than 1.2 million students are currently in Grade 6. This is the pioneer cohort of CBC and is expected to join junior secondary next year.

According to the ministry, 2.57 million students will be enrolled for Grade 7 and Form 1 during the double intake in January.

The CBC system is also interoperable with other international education systems.

In July, William Mwangi, who is in charge of careers and A Levels at Crawford International School, noted that learners can switch from the CBC to the Cambridge curriculum at different levels.

He said switching requires guidance, timing, assessment and a positive attitude in which the new institution will help the learner transition and settle smoothly.