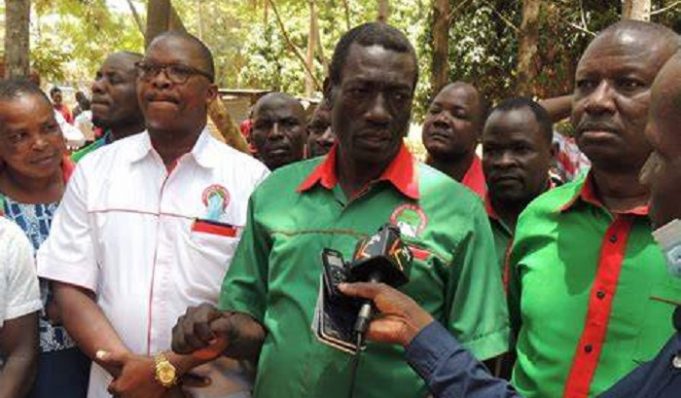 Kenyans are likely to pay higher in taxes if government adopts a fresh proposal by KNUT to introduce a new education levy targeting to finance public education.

KNUT’s proposal was submitted to the Presidential Working Party on Education Reforms (PWPER) on Wednesday 16.

The proposal is likely to draw strong reaction from a public which is already heavily taxed.

According to KNUT secretary-general Collins Oyuu, the current money allocated to education is inadequate and all working Kenyans should be deducted an unspecified fraction of their earnings for the education kitty.

Oyuu urged the PWPER to work out the final details of how such a levy would be operationalised. He further said that it could adopt the fuel, insurance and hotels levy model.

“The problem, even with Competency Based Curriculum is funding. The funds should be channelled to an independent body with a national board of 11 representatives from the regions. The board should have representations from teachers, Unions and parents and should have management at the county level.” said Oyuu.

Additionally, Oyuu claimed that the capitation to schools should not be uniform but rather dependent on the social-economic background of where schools are located.

He spoke at the Knut headquarters in Nairobi when union officials hosted the team that was led by its chair Prof Raphael Munavu.

Education financing was also at the heart of the presentation by the Kenya Union of Post-Primary Teachers (Kuppet) before the working party.

The union proposed an increase of the budgetary allocation to the education sector to be raised from the current 25.9 per cent of the national budget to about 30 per cent.

“This suggestion will meet a ready response from the government, that several other sectors are competing for those funds. Well, such mechanical responses don’t take into account the massive contribution of the education sector to this country,” said the secretary-general of Kuppet, Akello Misori.