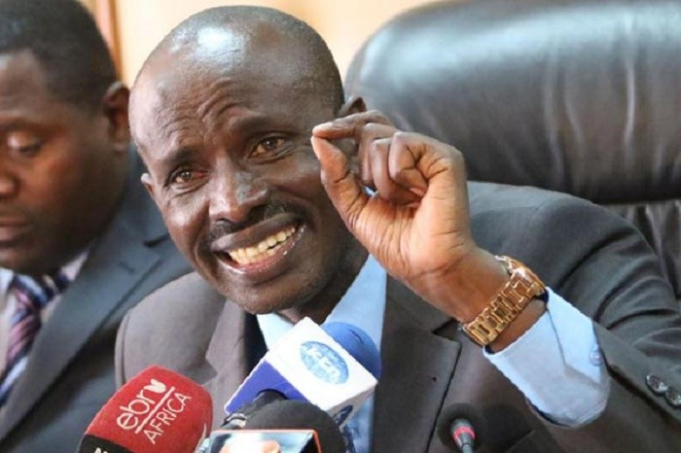 This Is How We Are Going To Bring You Down: KNUT Tells TSC CEO

Sosion threatened that the union will bring down the Teachers Service Commission CEO, Nancy Macharia due to continuous violation of court orders.

Currently, KNUT is facing a financial crisis after TSC refused to remit members’ subscription fees. TSC has also in a systematically calculated move, reduced KNUT membership to about 13,000 from about 190,000 in 2019.

KNUT leadership is in the final stages of ensuring its members pay union dues directly to the union, through bank standing orders, in order to stabilise its services without depending on TSC.

According to Sossion, the constitutional rights that TSC is enjoying currently, were fought for by KNUT in 2017.

“It’s not right for our employer to use our own sweat to frustrate us after giving them constitutional powers,” he said.

He said the union was formed in 1958 and it was able to compel the colonial government to address their issues so TSC cannot frustrate them.

“We are the most respected and organised union in this country and we have never failed in our move,” Sossion said.

He said it is time teachers stood in solidarity and hold TSC accountable in complying with court rulings.

Sossion said the court had ruled that teachers should be promoted automatically on experience, performance and qualification but the TSC has refused.

He said if TSC continues to frustrate the union they will call on International Labour Organization to sanction it.

“We shall even frustrate this BBI [Building Bridges Initiative process] if President Uhuru Kenyatta and Raila Odinga don’t come out and protect us from TSC,” Sossion said.

He spoke in Vihiga county where he oversaw Knut branch elections on Saturday.

“TSC should not blame us for the failed laptop project by the Jubilee administration,” he said.

Sossion said teachers were not trained on ICT and most schools were not connected to power hence giving them a hard time to achieve laptop projects.

He said poor planning has been a major reason why most of the activities under the Ministry of Education have failed.