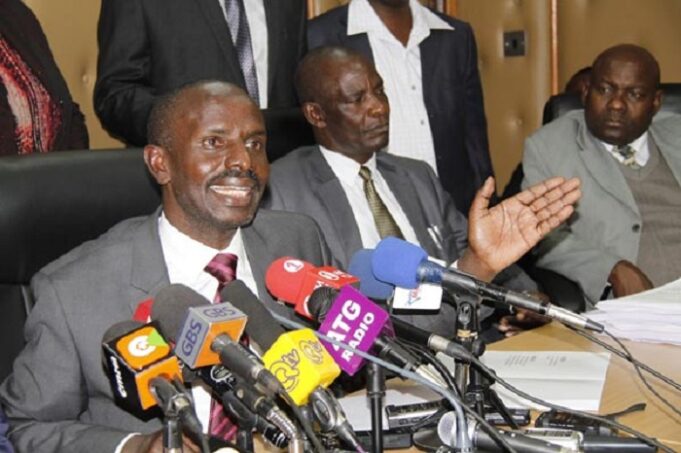 The fate of about 4,000 teachers hangs in the balance two years after they were transferred to the Public Service Commission (PSC) to teach in technical colleges.

The teachers, now referred to as trainers, were moved from the Teachers Service Commission (TSC) after the Technical and Vocational Education Training (TVET) Act, 2013 transferred the technical training function from to the State Department for Vocational and Technical Training.

Consequently, the PSC approved the transfer of service for lecturers in polytechnics, technical institutes, and Vocational Training Institutes to the State Department for Vocational and Technical Training with effect from July 1, 2018.

With this, through a circular dated July 27, 2018, TSC transferred some 3,780 lecturers and institutional Administrators to the State Department for Vocational and Technical Training.

Kenya Union of Post Primary Education Teachers (Kuppet) together with five TVET trainers petitioned the Employment Court to reverse the transfer of the teachers from TSC to the PSC.

In his judgment of March 1, 2019, Justice Nelson Abuodha nullified the TSC circular and the transfer, declaring it unconstitutional. The teachers were to return to TSC immediately.

However, on July 15, 2019, Kuppet and the Ministry of Education recorded a consent in court to pave way for a smoother transition in line with the spirit of the TVET Act.

Part of this was for them to sign a recognition agreement between the ministry and the union and for the TVET Authority to advise on harmonised Scheme of Service for the trainers.

Two years after the transfers, the teachers are yet to get appointment letters.Vocational and Technical Training Principal Secretary Margaret Mwakima told the Senate Education Committee last week that letters of transfer of service letters have not been issued to the trainers since orders that declared the transfer null and void have not been vacated.

Mwakima also said that the teachers have been subjected to suffering as decision is yet to be reached conclusively.

“It is important to note that this matter has taken long and has caused confusion and suffering among the affected trainers,” said Mwakima.

It is now emerging that the teachers are yet to get any salary review after they stopped being TSC employees. The teachers missed out on the third and fourth phases of the Sh54 billion Collective Bargaining Agreement(CBA), losing between Sh30,000 and Sh21,000 among the least paid and highest paid staff respectively.

It emerged that if the teachers were paid these salary increments, it would have resulted to huge pay disparities in the public service.

And now, Kuppet wants the court to vacate the consent they entered with the ministry and the court orders enforced to return the teachers to TSC.

In a letter dated April 15 to Education Cabinet Secretary George Magoha, Kuppet argues that there is no indication that the ministry intends to honour the consent.

“This is to hereby notify you that Kuppet will be moving to court to have the consent set aside and judgment executed,” said Akello Misori, Kuppet secretary general.

Misori said the teachers have suffered psychological torture as they have stagnated in the same job groups with stagnated pay.

“If they remained on TSC payroll they would have been compensated because they were budgeted for in the Sh54 billion CBA,” said Misori.

The PS also said that the teachers were transferred as the TSC policy on recruitment is not flexible enough to allow the hiring of most of the technical courses experts in the TVET institutions.